Lifeguard: Position opened until filled. Must be 16 years or older to apply. 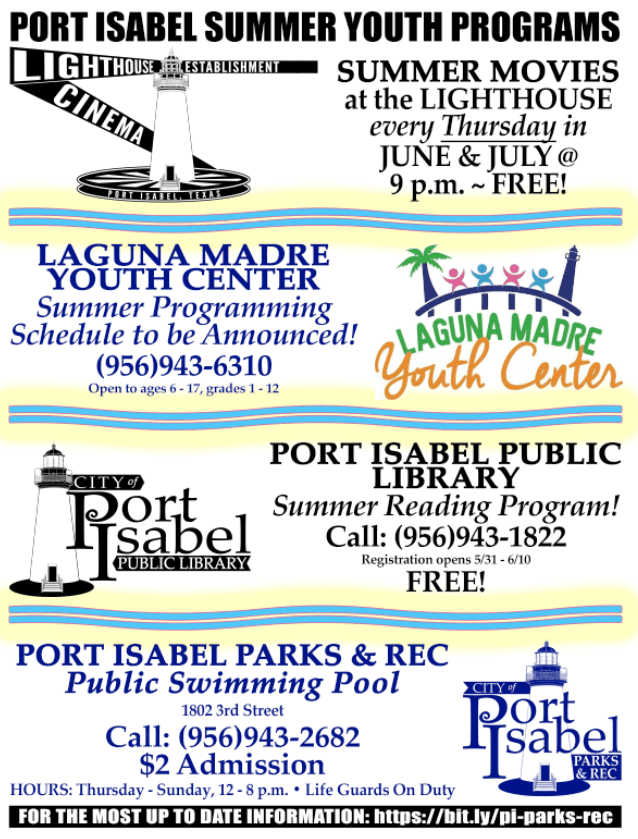 ATTENTION RESIDENTS OF PORT ISABEL IMPORTANT INFORMATION CONCERNING YOUR BRUSH / BULKY ITEM SERVICE
Twice per month, (see schedule below), you will receive a brush /bulky item pick-up for a total of 24 collections per year. Please keep brush free of debris listed below under items not collected. Keep brush in a separate pile from bulky items (see below). Note: Brush must not exceed 8 feet in length. Please be sure to have your brush/bulky items at the curb and ready for pick-up PRIOR to your scheduled week listed below. Truck will only make one pass and cannot return for late set outs. If we have serviced your area, please do not set out any late brush/bulky items. They will not be serviced until following month.

IMPORTANT SERVICE GUIDELINES
Please do not place items within 6 feet of any obstacles such as gas or water meters, telephone service boxes, overhead wires of any kind, parked cars, building overhangs, etc... In order to help achieve recycling goals please place your brush and bulky items in separate piles. We greatly appreciate your cooperation in helping us keep Port Isabel as beautiful as it can be! If you have any questions or service concerns please contact Republic Services customer service at 800-423-7316. 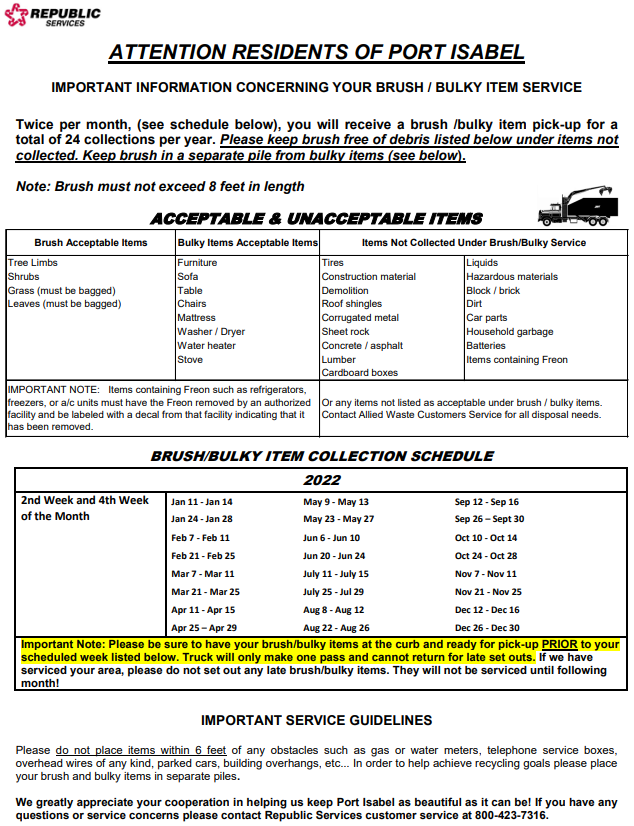 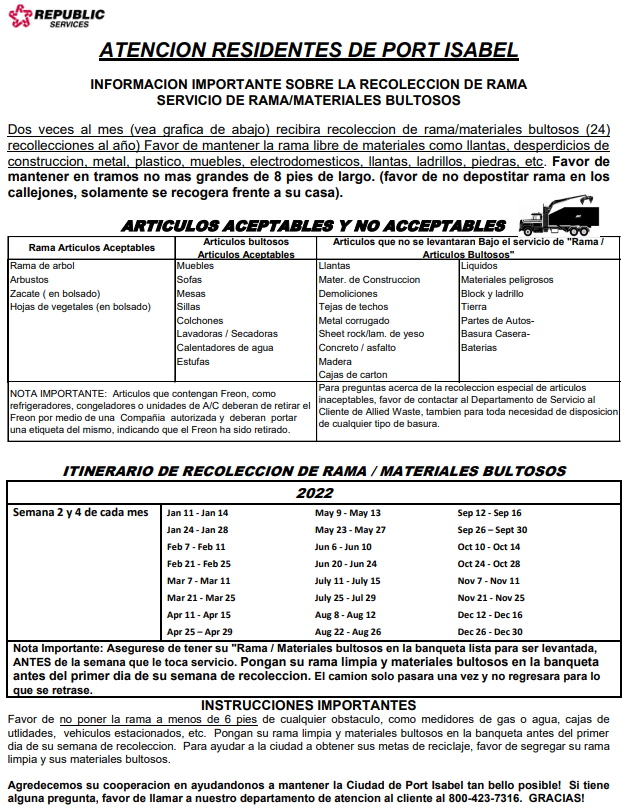 View All
/FAQ.aspx
View All
/CivicAlerts.aspx
Government Websites By CivicPlus®
[]